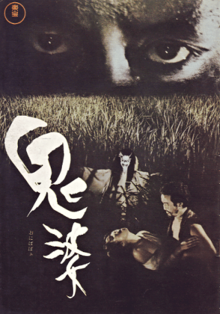 Kaneto Shindo is no stranger to The Masters of Cinema collection and one the joys in recent years has been seeing his works born again on Blu Ray. Onibaba is a rare type of film; critics have argued over its particular genre for years and unlike many Japanese period pieces Onibaba features strong female characters and with visual imagery directly influenced by the horrors of Hiroshima and Nagasaki it has stood the test of time as one of the most unique films of its era.

For this discussion Joakim is joined by journalist James Marsh.

Posted by Masters of cinema cast at 06:09